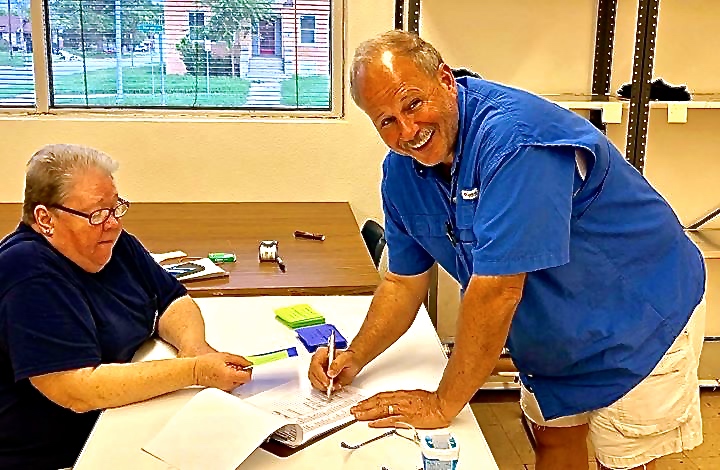 Retiree Lois Williams who helped with the vote. Dan Dohner who drove in from Salt Lake City, Utah.

You may have never seen one or even spoken to one face to face. But if you’ve ever taken a flight, you can thank an air traffic controller or ATC for your safe arrival and departure. From the busiest airports in the country like Chicago O’Hare to their less known counterparts like Barkley Regional in Paducah, Kentucky, it’s the ATCs making sure the skies are safe, orderly and that there’s a seamless flow of air traffic. They are a unique group of workers, with a very specific set of skills and the only ones who can instruct the next generation on what it takes to maintain the skies. So it only made sense that when this group was looking for a powerhouse in their corner, they turned to the IAMAW.

“It was about a year and half ago that this group of Air Traffic Control Instructors and Lab Managers, who currently work under an SAIC contract, contacted the IAM. And this week, we celebrate their first negotiated Machinist contract,” said IAM Southern Territory General Vice President Mark A. Blondin. “This is why it pays to be a Machinist. Here is a group of men and women who hold decades of knowledge and a very specialized skill. That needed to be translated into a contract that delicately balanced the benefits for each individual while universally reversing a long tradition of a decline in wages and work rules for these men and women. And I believe we were able to give these members a great grounding in which to start their contractual journey.”

That was the sentiment in which the original organizers for this group, Jim Poole and Jimmy Ray Garrett, started with when it came to organizing their colleagues. Since both were founding members of an ATC labor union decades ago, they knew the power of a CBA. And they weren’t the only ones in this unit of more than 300. Although this group instructs students at the Mike Moroney Aeronautical Center in Oklahoma City, OK, they live and work throughout the USA. Local members came from as far as Salt Lake City and Colorado just to vote. 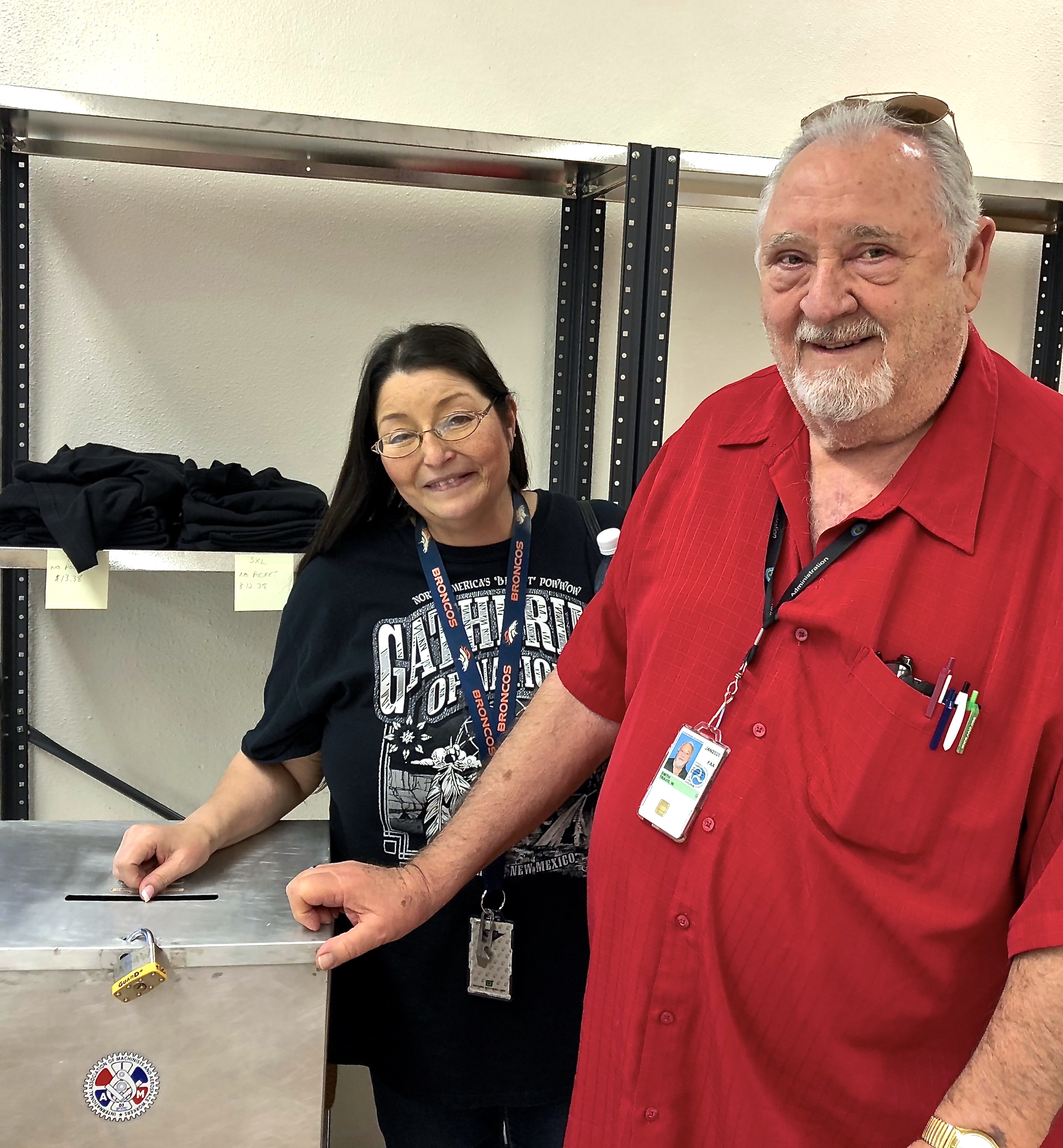 Mary Romero who flew in from Colorado to cast her ballot and Machinist Member Travis Smith.

“This first contract is a great start and creates a strong foundation for us as we move forward and take care of a very talented pool of workers who offer a very high level of skills,’ said Jimmy Ray Garrett, IAM Local 850 member who has 25 years of ATC experience under this belt. “I’m happy that we have hopefully reversed this race to the bottom of wages and benefits and turned the corner in taking care of ATC instructors. We all recognize that this is the beginning of the beginning, and not the beginning of the end.”

But their first contract is a strong starting line. Right off the bat, these workers will get a wage and benefit increase of about 9 percent, with smaller increases throughout the four year contract. Their new grievance procedure is one of the best the IAM has to offer with language that allows any issue to be removed from an employee’s file after a year. And a seniority process that guarantees lay-offs, should that ever be an issue, will happen fairly.

Southern Territory Grand Lodge Representative James Little sat side by side and assisted his ATC Brothers and Sisters from start to finish on this negotiation.

“I can’t believe some of the strong contract language we were able to ensure for this group throughout the contract. It solidifies the need for the expertise these workers offer the workforce,” said Little. “Even though this group bears the responsibility of taking care of not only full-time, but also part-time and casual workers, every single person benefits from this contract. No one goes backward.”

And that, in itself, is a win. Keep an eye on the skies as these Machinist Union instructors train the next generation of Air Traffic Controllers and continue to make strides for all the workers in this field.

The post Cleared for Takeoff appeared first on IAMAW.