For nearly 60 days, retired U.S. Air Force lieutenant colonel and pilot instructor Paul Powell of Local 708 has been on strike against FlightSafety Services Corporation (FSSC). For him, it was an important moment when he heard that Kansas Governor Laura Kelly was going to stop by the strike line to show her support. 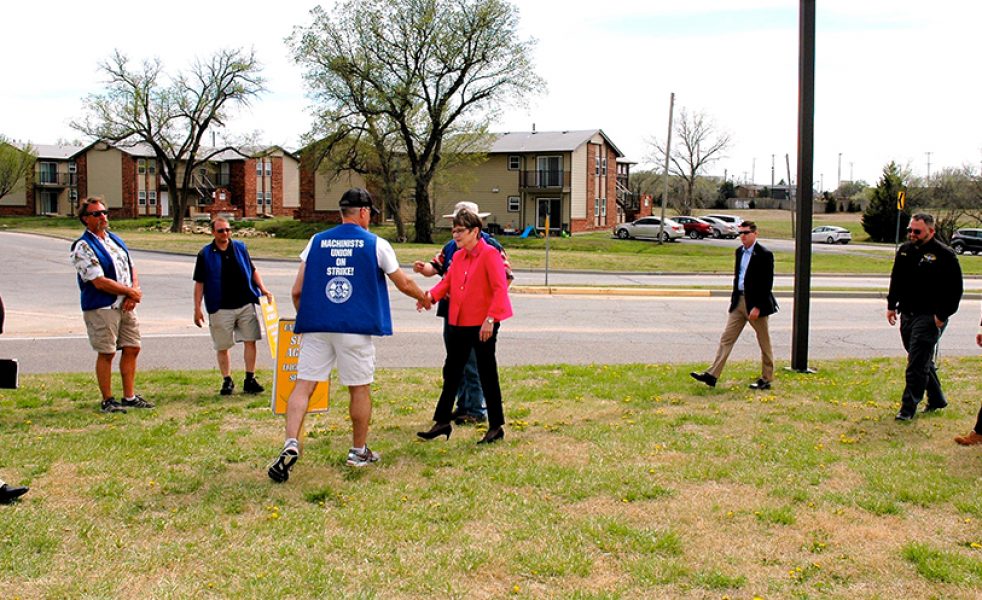 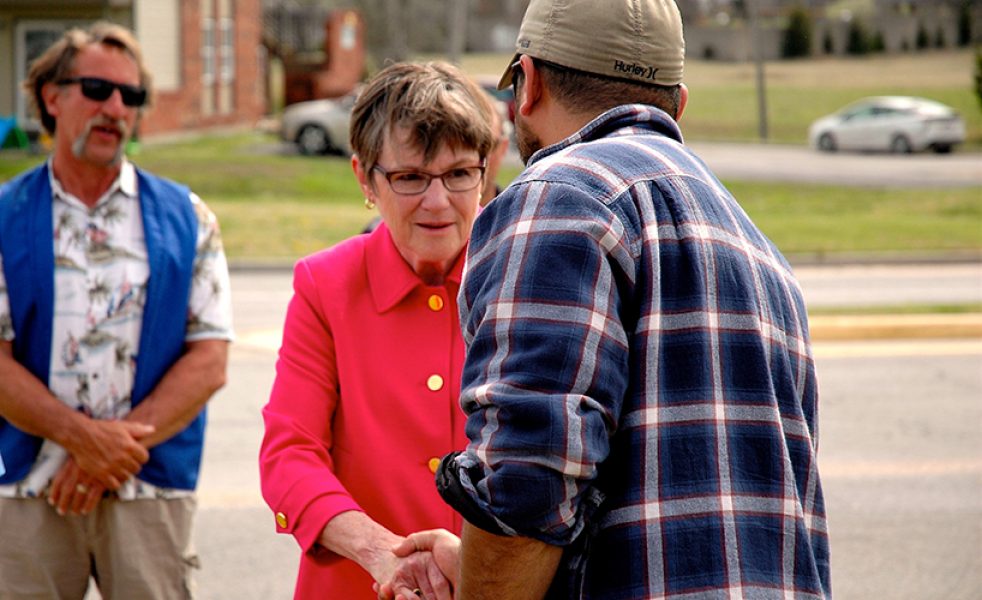 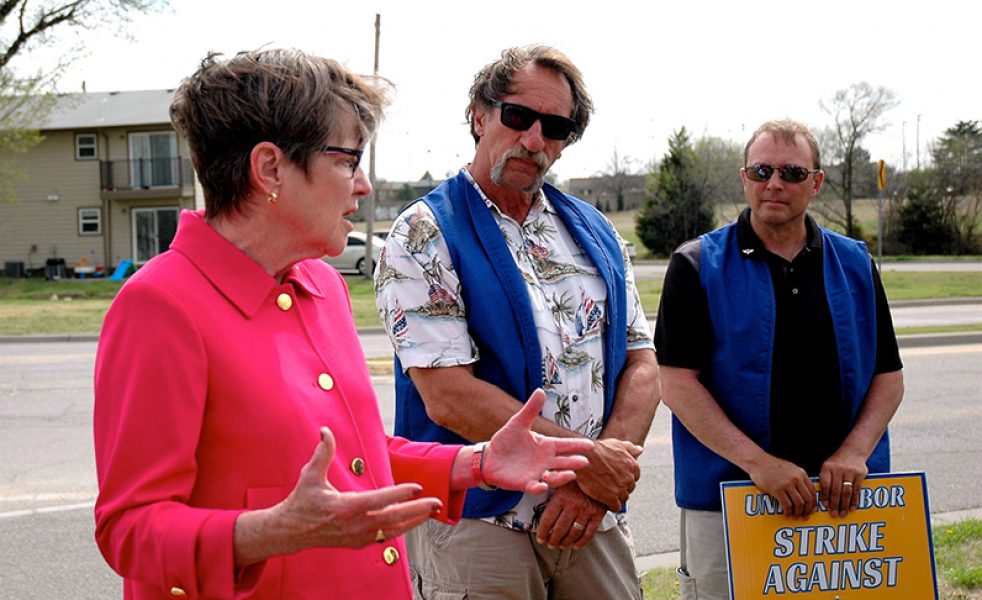 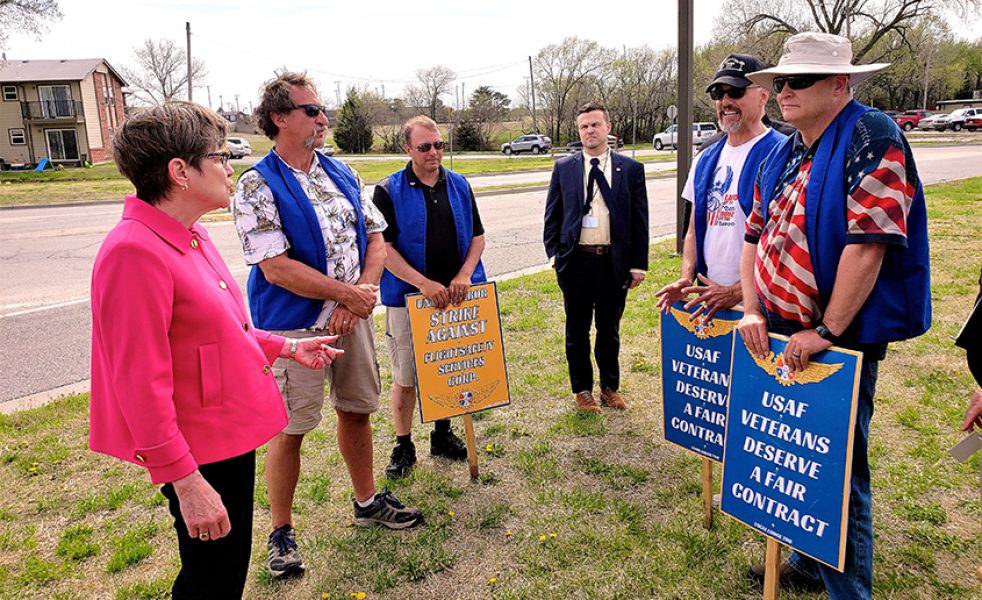 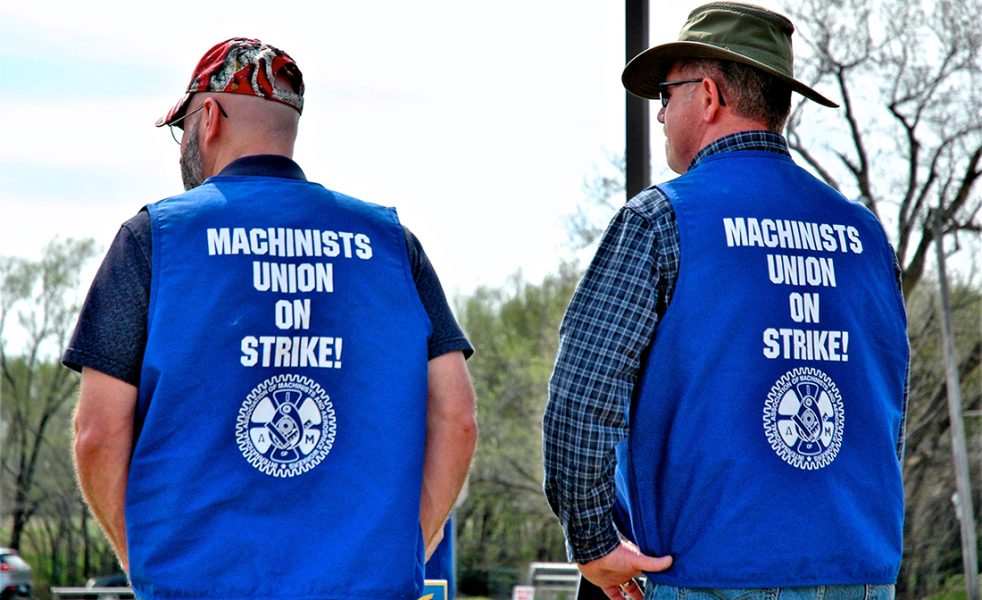 “Governor Kelly has been instrumental in getting our issues with FSSC to the top of the Department of Labor’s (DOL) priority list,” said Powell. “It was great to have the opportunity to thank her in person.”

Taking time from a packed schedule, Governor Kelly met with the 17 IAM members of Local 708 who have been on an unfair labor strike against FSSC for more than two months. Many of these working-class heroes are retired military and are proud to be part of the KC-46 Pegasus Aircrew Training System at McConnell Air Force Base. They hope that representatives like Kelly will help expedite a DOL ruling that will determine the inclusion or exclusion of the Service Contract Act (SCA) into the current USAF contract.

During her visit, the governor reported to the striking Machinists that the DOL will have a ruling in the case by Wednesday, April 17, 2019. So far, these IAM members have declined two separate ‘return to work’ offers from FSSC as they wait for the ruling, which would give them negotiating power at the table and industry-level standards that others in their field enjoy.

“It is the job of a governor to protect and serve the residents of the state. I applaud Kansas Governor Laura Kelly in taking the time to reach out to these brave members who are standing up for workers everywhere, trying to change the status quo,” said IAM Southern Territory General Vice President Rickey Wallace. “It will not be forgotten by these men and women that she took the time to show her constituents that their fight has not been overlooked or forgotten.”