A former employee of Beechcraft Aviation in Wichita, KS, Black celebrated his birthday recently with friends and paparazzi as the local news station, KAKE News Channel 10 produced a story highlighting his 100-year milestone. 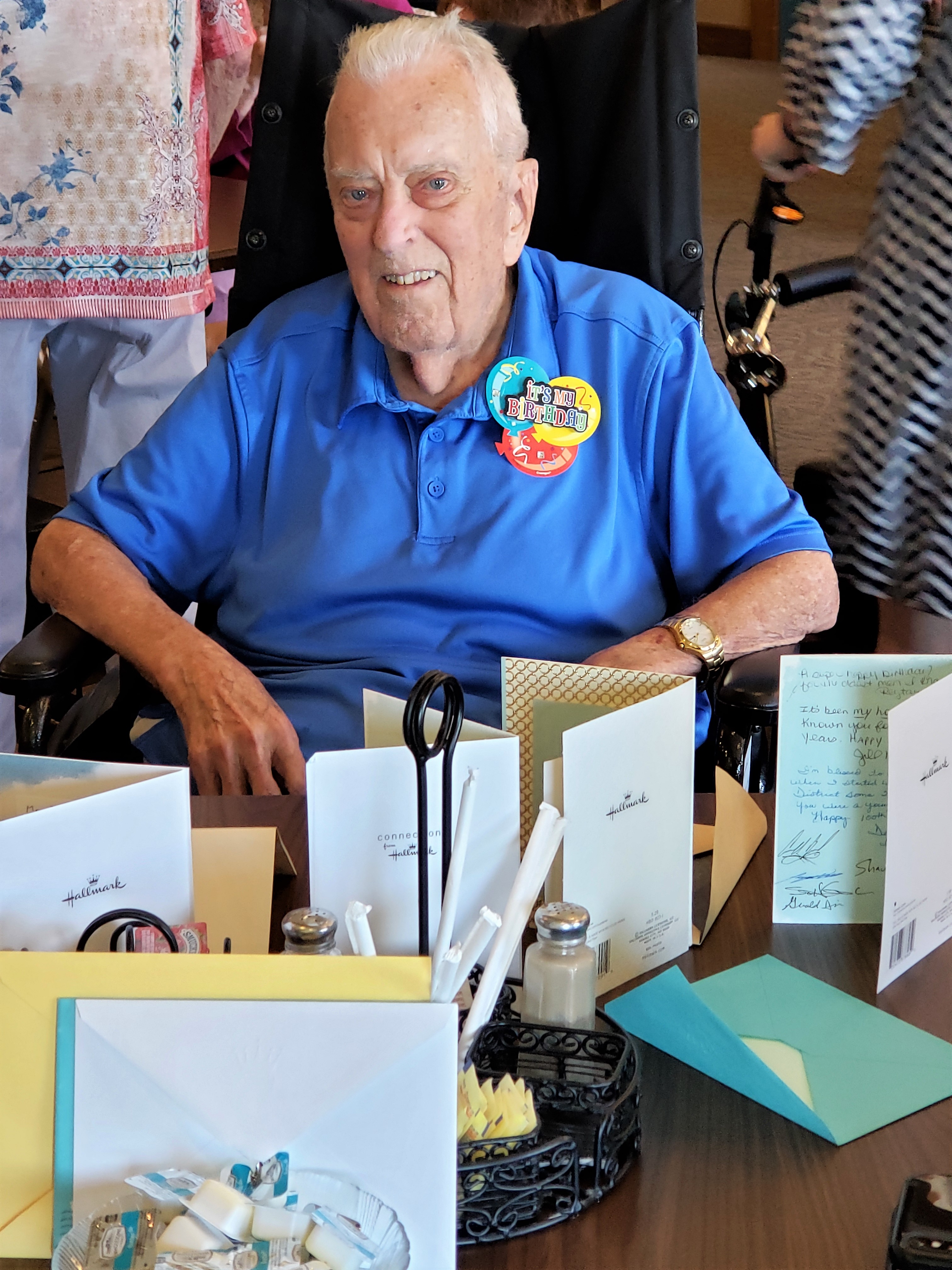 With the camera set up and rolling, the reporter put a microphone in front of Black and asked the question: What would you say to the people of Wichita?

Without hesitation, Theron replied, “You need to take care of your employees and give people as many jobs you can.”

“At 100 years old, Theron continues to build an inspiring legacy that exemplifies true unionism,” said Beard. “It’s important for us to honor the Fighting Machinists that came before us and it was truly an honor to meet Theron and witness his passion for the working people of this country.”

Black’s resume is impressive and extensive. He originally became a member of IAM Local 733 when he started working at Beech Aircraft Company in 1941 but had to take a break in service for World War II. He joined the U.S. Air Force in 1943 where he served our country and supported the war efforts as a Flight Engineer and Crew Chief of a B-29 strategic bomber, cleverly configured as another aircraft, doing aerial reconnaissance photography in the South Pacific and Japan during World War II. He was reinstated to Local 733 when he returned from his deployment in 1946.

From 1958-1961, Black was elected as the Secretary-Treasurer of District Lodge 70. He went on to serve as an IAM Grand Lodge Auditor for six midwestern states from 1961-1984. He was also a founding member of United Way of Wichita and Sedgwick County in 1975, all the while serving on any committee that made decisions affecting the lives of working people in Kansas. His list of committee appointments throughout his life is substantial; from the Governor’s Planning Committee to the Girl Scouts; from Wichita State University to the Wichita Labor Federation. And of course, as President of the IAM’s District 70 Retirees Club.

Black is especially recognized for being a founding member of the Kansas School for Effective Learning (KANSEL), a program started by local machinists to help provide our community with a skilled and educated workforce, which was organized in the basement of the District 70 building on South Meridian in 1989.

Black has spent a lifetime in service to people, helping to build his community and serving his family, church and his union even after his retirement in 1991. He is a living legacy, not only in the history of the International Association of Machinists and Aerospace Workers but to workers around the world fighting for justice on the job and especially those in the Air Capitol of the World.

The post The Wisdom of 100 Years appeared first on IAMAW.